It has been a very busy week for me, so I have been neglecting updates here simply because I did not have the opportunity to sit in a cafe with an internet connection.

Aside from work I had, what I think was a visit from a bear on Saturday night.  I could hear it, but I could not smell it or see it.   It woke me up with banging and growling and since I was up in the loft I thought it prudent to stay there instead of climbing down to turn on the lights and draw attention to myself.  The good thing is that it went away without incident.  I don’t think it got one of the neighbours chickens which is where it seemed to be.  (Update July 5, 2013: unfortunately two chickens were killed that night.)

In terms of great stuff, one of the awesome things happening at THO is that the fireflies are back!  I know that they come back year after year but every year it surprises me and makes me so happy!

The other awesome thing is that a robin has built her nest a few feet away from the North door on a low branch in the maple tree, and she is nesting, so there will be baby robins soon I hope! 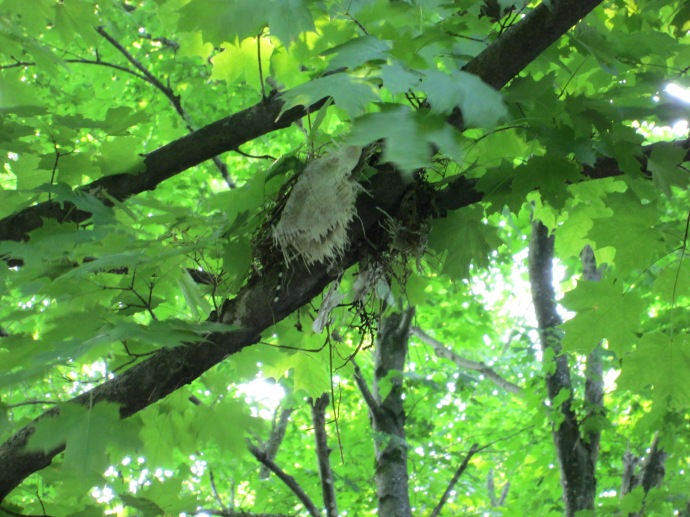 I am not a big fan of spiders.  I like the work they do… catching and eating mosquitos  But the simple thought of having a huge jumping one in a confined space like Tiny House Ontario (with me) is what my personal nightmares are made of.

This one, is the variety I fear the most because they can jump at least 3 feet.  I know this, because I witnessed last years giant do so when I accidentally brought it in to the in-house on my ladder. A few days ago I spotted this magnificent apex of vileness, on the cloth porch.  I did not wish to kill it, and honestly I was too afraid of it to catch it… and now I don’t know where it is…  This means, I have to keep the door closed between the two.  Above all, do NOT want the creature in the house with me!  Simply put, if it got in, I would have to move out until someone was able to get it out for me. 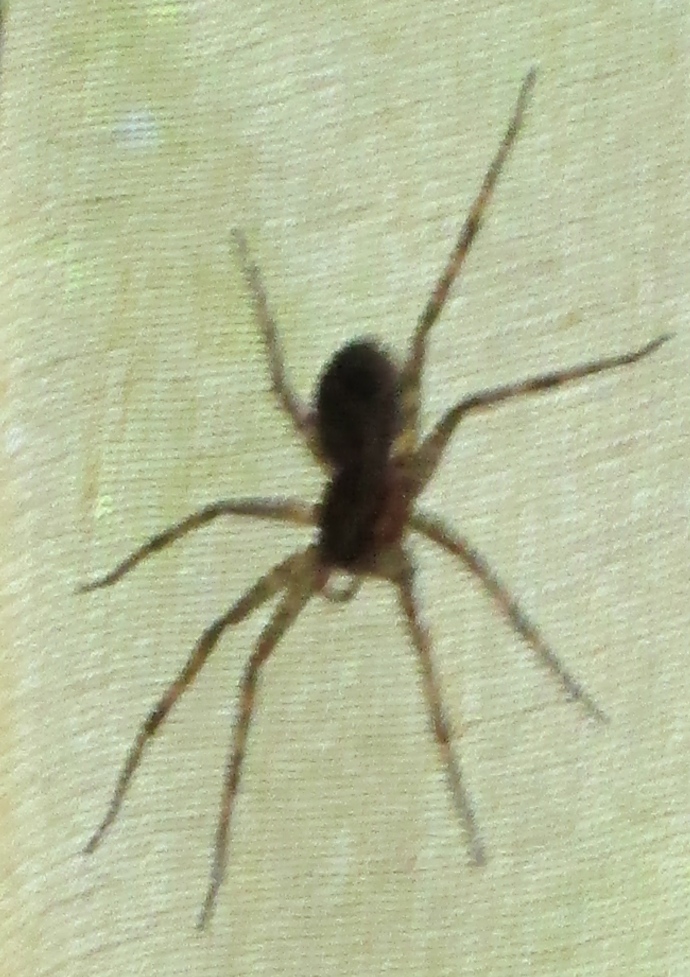 This year is so very different from last summer.  Already by this time in 2012 we were starting into a despairingly long and dreadful drought.  This year there is ample water and the forest is coming alive again.  It is wonderful to see nature’s resilience.  Except for the mosquitos that is.

I have a shrub at THO that has busted out in pink blooms this year.  It turns out that this nice little plant is an invasive species… a native of Siberia (and other parts of Asia).  A weed that was brought here as an ornamental plant but it pushes out the native varieties.

My first reaction was to stop and admire it… now I know what it is and am not so sure it is pretty.

No One Here But Us Turkeys!

This morning when I woke up the rain had just begun to fall. I flew out of bed to uncover the garden and headed back into Tiny House Ontario to get dressed and organize my day.  My cousin Tracey and I planned on a slumbie at her place in the city tonight, so I had a few things to pack into the car.

I was just about to put them there when I noticed there was a HUGE turkey just beside my door.  Instead of going out, I grabbed the camera and took a couple of photos.  Unfortunately, he got a few feet from the house… and through the glass the photos are not terrifically clear.  Even so, they are better than nothing and I did not want to scare turkey off.  These wild turkeys run fast and fly quite well so I am lucky to get a photo from 20 feet.

The turkey was alone as far as I could see.  Probably attracted by the mix I put out for the birds and chipmunks.  It certainly looked well fed and mature.  I would guess that this turkey was well in excess of 20 pounds.

I knew that there were turkeys here on our historical land because I often see their tracks in the snow; large arrows pointing in direction that they left behind.  It is the first I have seen one come so close so I am thrilled and hoping for more!

The wild turkey is really making a comeback in Eastern Ontario.  I understand from my grandparents that they were once very plentiful; however, as a child I do not recall ever seeing one nor do I recall ever hearing of anyone who hunts ever killing one.  Yet, in the last decade they seem to be thriving.  I also understand that these turkeys were reintroduced to the area from the United States.  Apparently 274 birds were brought in a couple of decades ago and now there are some 35,000 of them in the area.

No matter the details, it was thrilling to have a turkey visit THO this morning!  Now I am signing off because I am going to gobble down some lunch… turkey free, of course! 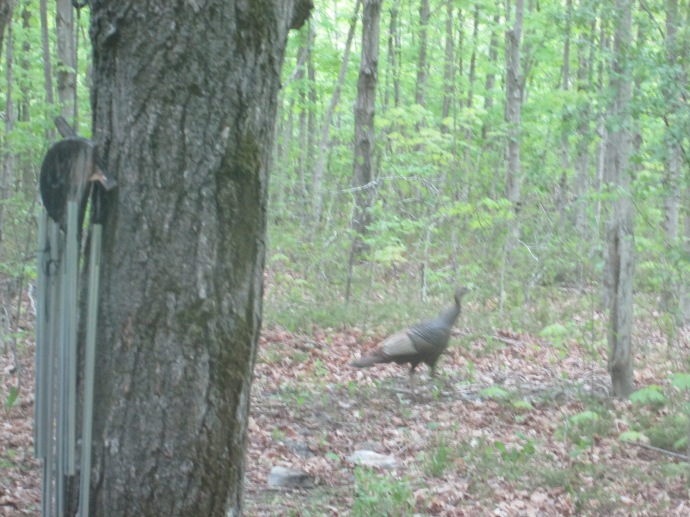