In Bavaria there lived a King named Ludwig II who was a dreamer, a patron of the arts and a builder of palaces.  He reigned only shortly from 10 March 1864 – 13 June 1886 until he died.  His death is considered to be a great mystery and some believe he was killed for spending all the royal coffers in just over twenty two years of rule.

That he was raised in castles and palaces and the family already owned many, many was not enough for King Ludwig.  He built, many magnificent and wonderful castles and palaces during his reign: Neuschwanstein, Linderhof, Herrenchiemsee, A Royal Apartment at the Rezidenze Palace, and before he died he also had THREE others in the works, Falkenstein, Graswangtal, and the Chinese summer palace.  I suggest that you google to see these structures, if you are not familiar with them.  I have been fortunate enough to tour many of them and I can assure you that no expense was spared and they are absolutely beautiful monuments.  Today they are tourist destinations that will remain for centuries.

Ludwig also built a tiny house called Konigshaus am Schachen and this palace is the most little known of all the structures that he built.  Ludwig’s “tiny house” is only 2300m square.  About a half acre spread out on different levels.  Just three times the size of an every day North American McMansion.  When compared to his other palaces, this palace would certainly be tiny.  But, you know, I don’t think this is tiny.  Do you think it is? 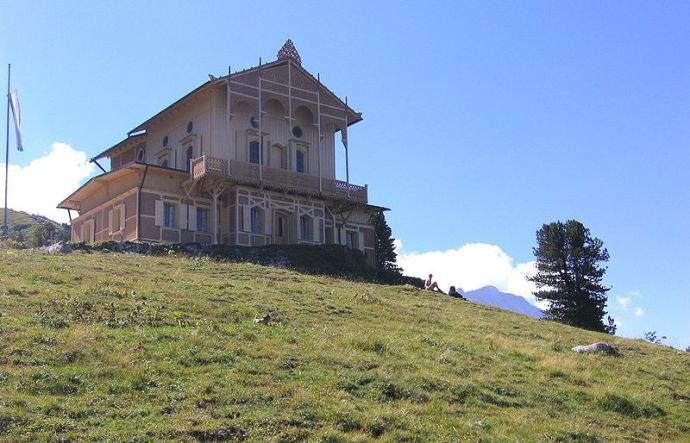 Then, why (you may be asking yourself) am I sharing this house and this story with my tiny house readers?

Well, now for the rant.

We live in a society where most people suffer with what my husband and I refer to as King Ludwig Syndrome.  The idea that people can have their cake and eat it too.  The idea that you can say something and just because you said it means that others must believe it.  That in your own little Kingdom that when the emperor gets new clothes that we, who so happen to live in your Kingdom too, should all somehow pretend that we all see fine clothes and not a birthday suit.

Frankly the idea that anyone, including King Ludwig, can build a GIANT HOME, a moderate home or even a small home, and call it tiny is preposterous.  That you can call your house tiny, just because it is smaller than your other or former house is, simply, not correct.

I am tackling this subject because recently I have noticed on many, many tiny house threads that people want to call their 1200 square foot, 900, square foot, 700 square foot, 500 square foot homes (or not yet built homes) a tiny house.  Simply put, they are not.  They are moderate and they are small and they are hopefully perfectly right sized for you and your family… but again, this does not make them tiny.

Now for the tough part.  These sizes do not mean anything more than being a descriptive term with a certain figure attached.  Clearly to a family of four a house that is 500 square feet will not feel like a big house.  Fact: that house will feel very tiny, but technically it is still a small house and not a tiny one.  You see the house size description is not intended to encompass your family, it is just a descriptive term for the house.

With all that said, tiny housers are NOT trying to say that everyone needs to live in a house that is less than 400 square feet.  It is a movement that suggests that people need to right size their home.  That is all.  Don’t pay for, or use more than you need.

I have said this before, but I feel the need to reiterate today.  It is not a competition to see who can live with the least.  Clearly homeless people win this.  The Tiny House movement is about living with the least amount that you can, and still be comfortable.  We tiny housers are NOT suggesting that every family needs only 100 square feet.  We are simply suggesting that if you live with less space that the quality of your life will improve.

I think that by anyone’s standards, I can say and we will all agree that King Ludwig’s threshold for the minimum was set unreasonably high.  Tiny is not for everyone, but you know what?  Right sized is!

Please don’t be a King Ludwig or to make us believe that you are wearing a fine suit while you are standing in your underwear. 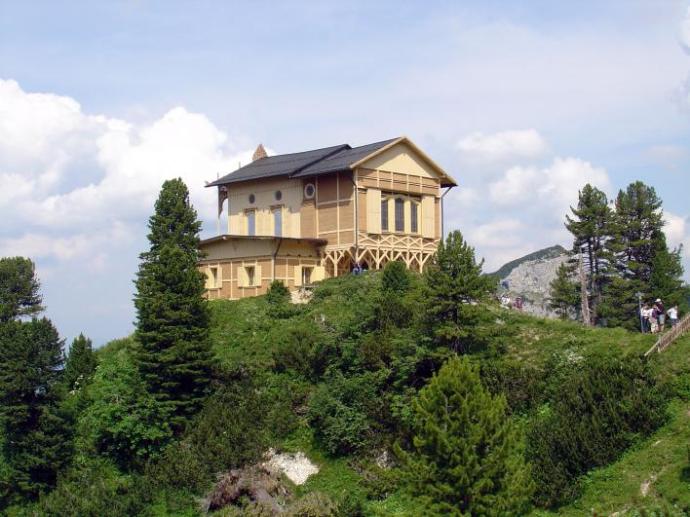