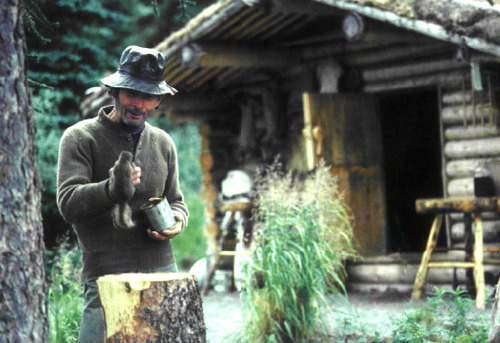 I never heard of Dick Proenneke until tonight.  I was looking up some videos on how to build timber frame place out of logs and basically stumbled on this beautiful footage.  His footage, of himself, building a life in the forest of Alaska in 1968.

The third is yet to be released!

If you love this, as I did then perhaps you will also want to read his Journals?  Which can be downloaded free here.

Sometimes the internet is so cool.  How else would I have ever met him?